Check this out when you get a chance. While at it, I need to share something I learnt in an earlier season (this article has been in the ‘drafts’ since 2018) on wisdom and God’s direction – and hearing the voice of God… Oh and shutting up.

Shutting up in the sense that I have spoken so much nonsense and unverified facts in the past that I learnt that lesson one on wisdom is shutting up. Some times back we are hanging out with a pal and he asks me which is the fastest Bird. We were watching a sermon where the preacher mentioned the F series of fighter jets. So I wasn’t sure that the falcon is the fastest Bird at that point. So I told him I didn’t know and made a mental note to ‘Google’ later. I was burning inside because I had a feeling I know this or I ought to know this and live up to the cheer of being smart & sharp.

Sharpness with reference to a person, is typically a reduction of ‘sharp witted’, which means having a quick and discerning intellect – brain smart. This is probably by analogy to a knife –a mind able to “cut through” to the heart of a matter. It might also mean that the person has keen perceptions, in this case, sensitive to the information flowing around them. I consider sharpness at whatever level, a key aspect of learning. 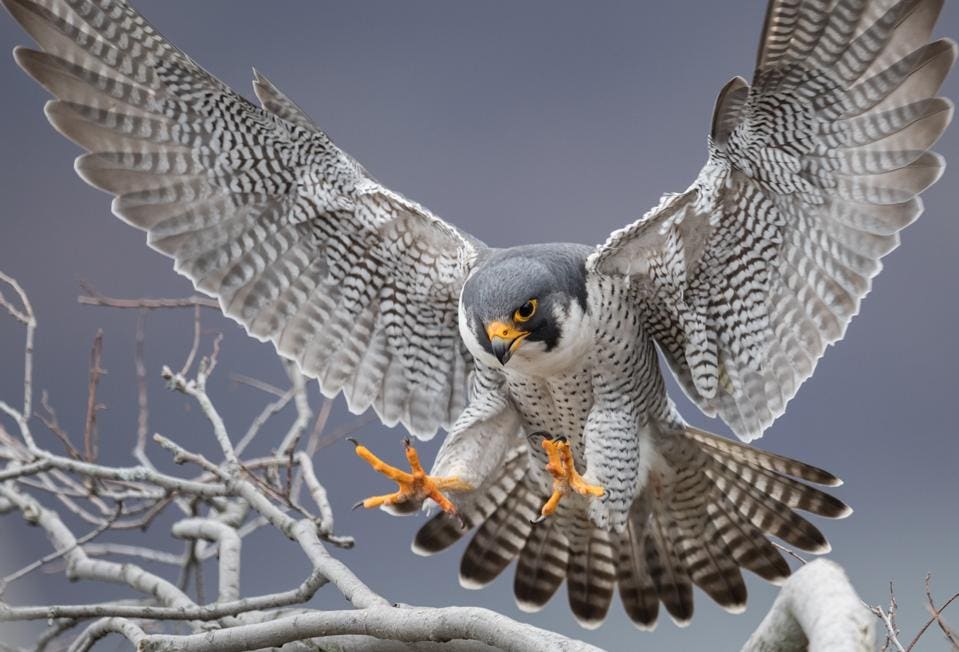 Peregrine falcons are the fastest animals on the planet. They attack smaller birds, using the stoop technique. This involves flying upwards then dive-bombing down at breathtaking speeds that often reach more than 320 km/h. That’s where the famous F something fighter jets get their name… The pictures shared courtesy of Shutterstock & Lockheed Martin show a Peregrine falcon and its man made colleague the F-16. Pictured is a two-seat F-16 Fighting Falcon that is considered the world’s most successful, combat-proven multi-role fighter. Now hold that thought. ☝️✊

The spoken word piece above was shared several months ago and I happened to be looking for something to close my day with. So I chose this one. Earlier I was listening to another sermon on ‘The Impartation of Wisdom’. Among the 3 types mentioned was an alertness to detail. It is important to meditate on the Word of God since this alertness to detail is what speaks to our deepest. After all rarely are the times that the Lord will speak in a thundering voice and chances are we will say that was just a bad dream or something in those lines.

At 0.45… Preston Perry mentions that the Peregrine Falcon is the fastest bird on earth… 🤤 Now release the thought above. We just needed those first few seconds as a baseline for this short article.

In my learning about wisdom the greatest practical lesson just came through for me that though training in sharpness or alertness or an eye/ ear to detail, I missed this particular piece of information that I needed on Sunday to sort my friend out but I didn’t have it or I wasn’t sure because I failed at being keen when it came to me. I am confident that this is the lesson that was in this case. The Lord and His word is continuously depositing wisdom into our hearts and our spirit. This is wisdom that is necessary for our walk with God. Which does not have to be tested immediately. For instance, a friend comes to you needing help on a particular issue and what you considered as unimportant to your life would be important to your friend and this would have you as a vessel of blessing for this soul in need. On shutting up, I am learning that whenever I don’t know something, I need to keep quiet and let it pass, rather than tell lies or give my own theories as fact – which is outright lying and in the worst case scenario, leads to an uncontrollable chain reaction of lies considering the one who asked places you in high regard as a source of wisdom.

The lesson here is we will hear very many messages, sermons, praise and worship songs, men and women of God and they have the exact word for us for the situation that we are in. We may miss these lessons or ignore them or misunderstand them depending on the context of the message. The worst is when we think that the message belongs to someone else. Many are the times that I ignored that voice to give my life to Christ because I was not keen. I thank God Jesus never gave up on me and now here I am.

May the Lord guide you always, may He satisfy your needs in a sun-scorched land and may he strengthen your frame to be like a well watered garden, like a spring whose waters never fail. (Isaiah 58:11)